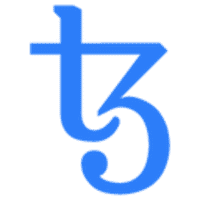 It's just huge. One of the biggest ICOs and one of the biggest potentials. Tezos is a new decentralized blockchain that governs itself by establishing a true digital commonwealth. It facilitates formal verification, a technique which mathematically proves the correctness of the code governing transactions and boosts the security of the most sensitive or financially weighted smart contracts. Tezos takes a fundamentally different approach to governance by creating governance rules for stakeholders to approve of protocol upgrades that are then automatically deployed on the network. When a developer proposes a protocol upgrade, they can attach an invoice to be paid out to their address upon approval and inclusion of their upgrade. This approach provides a strong incentive for participation in the Tezos core development and further decentralizes the maintenance of the network. It compensates developers with tokens that have immediate value rather than forcing them to seek corporate sponsorships, foundation salaries, or work for Internet fame alone.