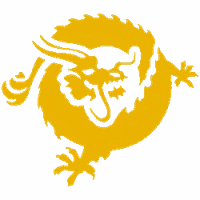 After a November 15, 2018 network upgrade, BCH forked into two competing chains that have been battling for miner votes to lead the network rule set. ABC supporters used a burst of rented hash power to create the illusion of an early lead, whilst the Bitcoin Cash SV miners used their own genuine investment in mining hash to provide a dominant lead before the hard fork and a consistent level of support since then. Since ABC’s artificial early lead, the Bitcoin Cash SV chain has gained ground. On November 25, the BCHSV chain significantly led ABC as the longest chain, at times over 30 blocks ahead. Bitcoin Cash SV also reduced ABC’s lead in accumulated Proof of Work to a 26% margin (down from over 55% just a few days ago). Thus, the hash war was trending exactly as CoinGeek predicted, with SV’s sustained hash prepared to outlast and eventually overtake “rented” or subsidized hash for ABC.